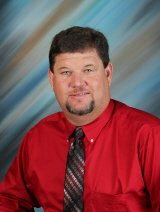 Jamie Chapman graduated from Gordo High School in 1986. He received his certification as a Machinist in 1990 from Shelton State Community College. He graduated from the University of Alabama in December 1994 with a Bachelor of Science in History and Earth and Space Science. He has coached and taught in Tuscaloosa County, Pickens County, and Hartselle City for a combined total of 12 years. He received his Masters in Educational Administration in 2000 from the University of Alabama. He was the Principal of Gordo High School from July 2006-June 2012. He was elected as the Superintendent of Pickens County Schools in March 2012 and was re-elected in 2016 for a second term.

He has been married to Candace P. Chapman for 31 years, and they have 3 children:  Bo (Danielle), Haley, and Koy.  Jamie, Candace, and their children are all products of the Pickens County School District having all graduated from Gordo High School.